The boys basketball team finished the season with a record of 19-6, capping the season as regional runner-up. Cameron Paske, Arlington, was selected for first team all conference honors. Will DeNoyer, Sun Prairie, and Jack Monis, Oconomowoc, were voted to second team honors.

He descended into hell. We recite these words in the Apostles Creed. But, what do they mean? When did Christ descend into hell? Why did he do it? What does it mean for us?

Three days after Christ “was crucified, died and was buried,” he “rose again from the dead” (The Apostles’ Creed). Scripture provides little commentary about Jesus’ being between his burial and resurrection. His lifeless body lay in the grave. However, he earlier prophesied that he would use his “authority to take [his life] up again” (John 10:18). Doing this, he “rose again from the dead” and “he descended into hell.” 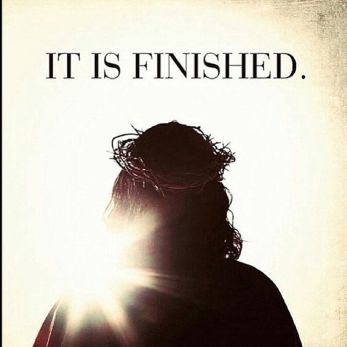 It is perhaps Peter who provides the most information on Christ’s descent. He writes, “After being made alive, [Christ] went and made proclamation to the imprisoned spirits – to those who were disobedient long ago” (1 Peter 3:19-20). Jesus clearly testified to those in hell who earlier heard his message and rejected it. He preached judgment, not repentance and forgiveness. There was no second opportunity. Christ showed himself alive to those lost souls so they would know and understand that their judgment was just and right.

Christ’s descent into hell has great meaning for us. It begins his exaltation. He defeated sin, death, and Satan. His descent into hell is a victory parade in front of those who denied him. This act helps us know and trust that our Victor-Savior has “authority to take [his life] up again” and will one day raise our glorified bodies to live with him forever in heaven.

“He descended into hell.” These words express an important truth of the Christian faith. They point to the risen Christ.

Jim Grasby is principal of Lakeside Lutheran High.
Reach him at 920.648.2321 or jgrasby@llhs.org

At the 2018 Capitol Conference Spring Math Meet, both Varsity and JV teams from Lakeside Lutheran High School took first place. Varsity garnered a score of 142 over New Glarus at 126 and third place Lake Mills with 114. The Junior Varsity earned first with a score of 211, while Belleville took second with 145, and Lake Mills with 141. 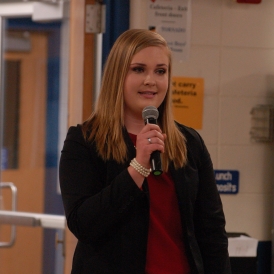 Keynote speaker, Annah Dobson, is a 2016 LLHS graduate who attends UW-River Falls, where she is majoring in Agricultural Marketing-Communications. With a passion for Hereford cattle, she served as the National Hereford Queen for 2017.

The Lakeside FFA Alumni held an auction, with the proceeds going to send four FFA members to the Washington Leadership Conference in Washington D.C this summer.

The Warrior FFA also gave out awards to adults who partnered with the chapter. Principal Jim Grasby was given the Honorary FFA Degree, Vicki and Mark Cichanofsky were awarded the Blue and Gold FFA Alumni award, and Ryan and Kim Degner and Pastor Clark Schultz were recognized as Friends of Lakeside FFA. Steve and Kathy Duwe were given the traveling donor plaque to display their support of the Lakeside FFA. 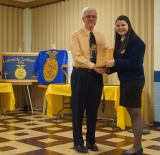 In addition to the starred first entries, Lakeside Class A musicians were awarded five first ratings and 15 seconds, and one third, for a total of 45 Class A performances. In class B, Lakeside Lutheran had 17 entries. Of those, eight earned a first place rating and nine earned a second rating. Five of the six Class C entries from Lakeside earned a first rating while one received a second.

Overall, Lakeside had 68 solo or ensemble entries that involved more than 75 students. Columbus High School and Luther Prep School were the 2018 sites that hosted more than 650 entries from among 11 Capitol North Conference middle and high schools.

News and ideas from your Lakeside Lutheran High School

News and ideas from your Lakeside Lutheran High School